Just added to your cart

The Low Arousal Theory is a psychological theory that explains why people with ADHD fidget. In this theory, inattentive people such as those with ADD/ADHD are people who have a natural state of low arousal.

As explained in our article on the Yerkes-Dodson Law, a your state of arousal is related to your mental performance. Those with ADHD have to seek self-stimulation by fidgeting and moving around, in order to compensate for the low arousal. 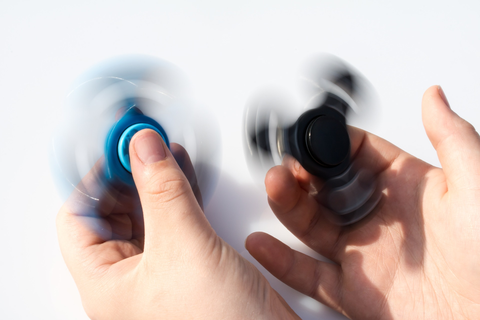 According to this theory, a person with low arousal tends to respond less to stimulus. Thus, they need more physical stimulus to feel normal. This is why its perfectly normal for kids to fidget with things, and it even helps kids focus better.

In fact, studies show that environments with low stimulus (for example, a very quiet room where you’re not allowed to move around) causes low arousal and will often be overcompensated by hyperactivity. If you have ADHD you know this very well: the quieter the environment the more likely you are to fidget.

What does this mean for me?

The low arousal theory means that if you or your child is hyperactive and inattentive, it helps to introduce motion to the work-space. You can focus better by having things like pens to spin, or fidget spinners.

Of course, it also helps to have the Twiddler fidget band, which is a bouncy place to rest your legs and allows for semi-conscious movement. Your focus and productivity will thank you!